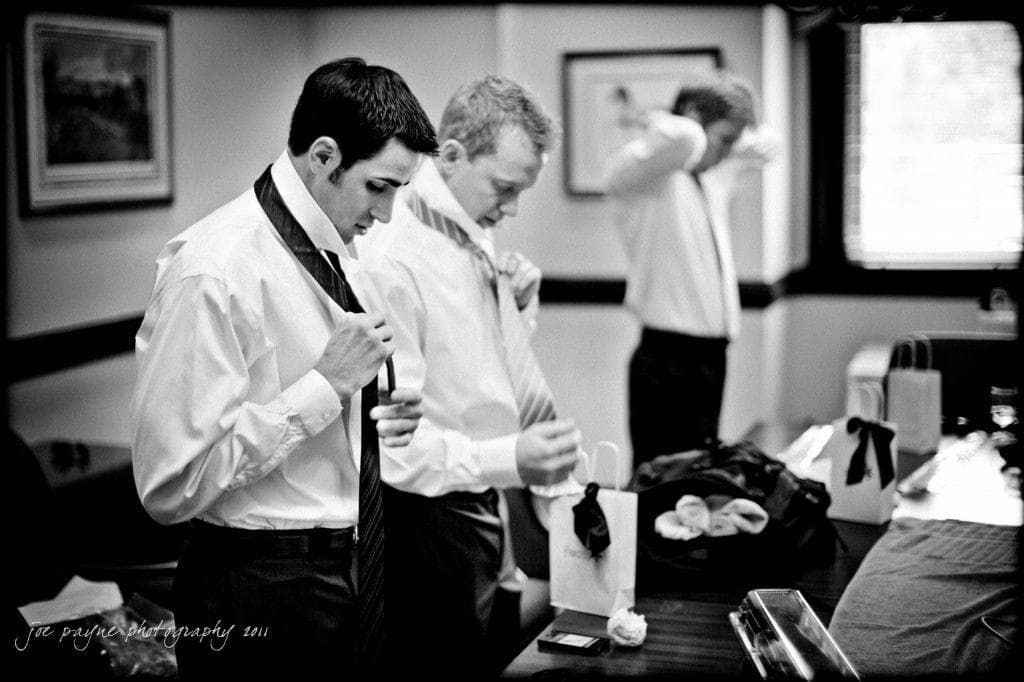 raleigh wedding photographer – image of the week: no. 4

This week's image is taken from a wedding I shot a month or so ago helping out friend and fellow Englishman Warren McCormack of Warren McCormack Photography. Warren was one of the first people I looked up when I moved to the area and he has given me a lot of great advice, so it was great to be able to return the favour by helping him out on one of his weddings.

One of my principal objectives when shooting a wedding, is to capture those defining moments that make the day unique and this is a fun one from that day. When Warren and I got to the location, I went and hung out with the groom and his groomsmen while they got ready. The preparation time is one of my favourite to shoot as a lot of the anticipation and excitement gives off a really great vibe that always offers a load of great photo opportunities. This day was no different and this was the scene I was greeted with when I opened the door: a bunch of smartly dressed guys standing around trying to do up their ties in a half-Windsor by following the instructions on a tiny iPhone screen. None of them knew how to do it and it was great hearing the banter as they tried in vain to follow the miniscule diagrams and get it right. They would have been there for hours, so I fired off a few frames and then showed them how it was done. I try to not intrude on the day as much as I can, but I just couldn't help but give them a hand in this situation. We might still be there otherwise!

Anyway, the photo itself is pretty straightforward, but it's one that tells the story of their getting ready together and it'll be one that triggers fun memories for the groom. Compositionally, I quite like the mirrored postures of the groom and groomsman struggling with their ties amongst the clutter of the preparations. They are placed on the left-hand third of the image with the second groomsman in the background on the right-hand third, which brings balance to the image. As is usual for me, I used available light for this shot versus a flash. This is the type of shot that works better for me in black and white, especially given the monotone colours of the guys in their tuxes. It's the kind of enduring image that will stand the test of time in their wedding album. 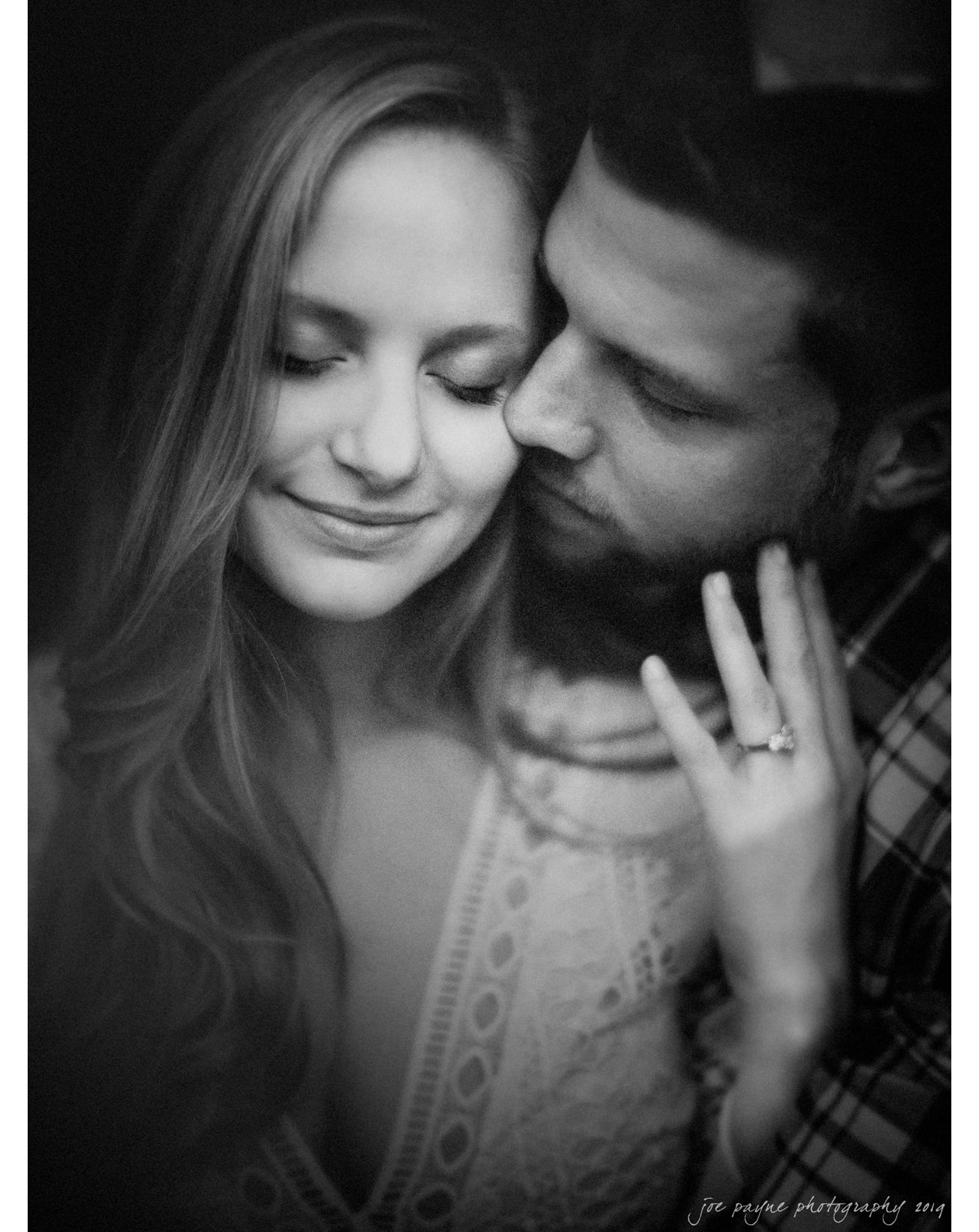 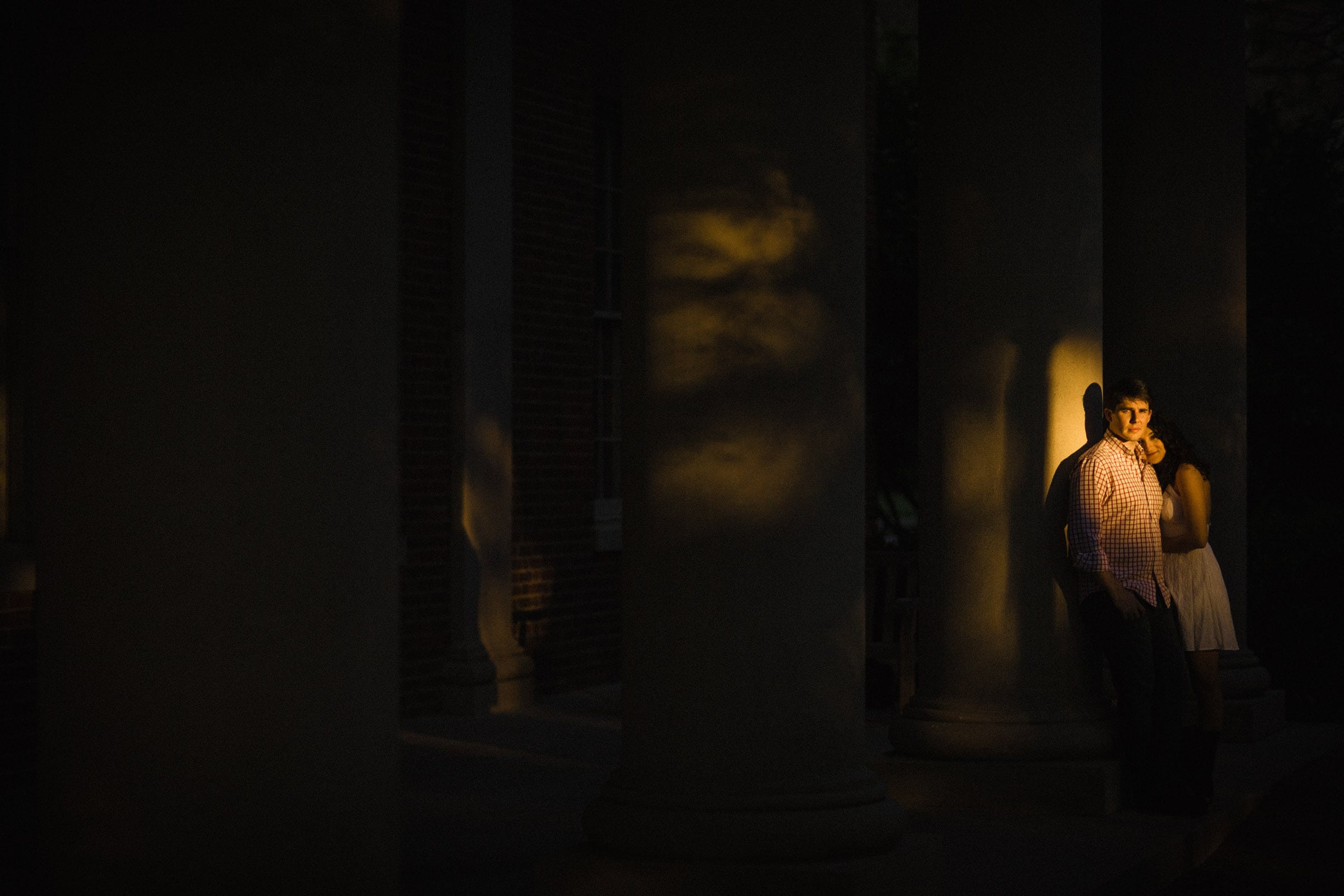 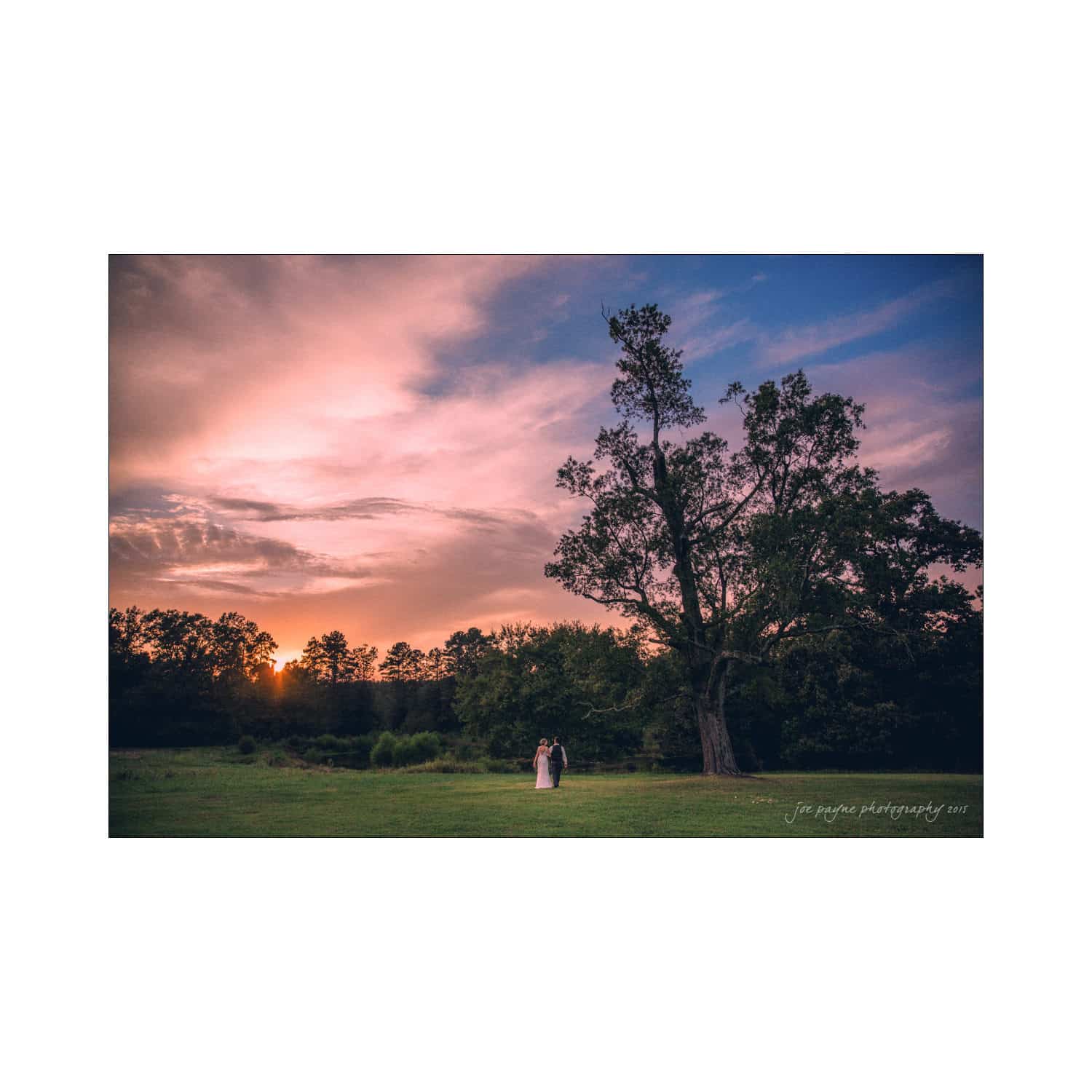